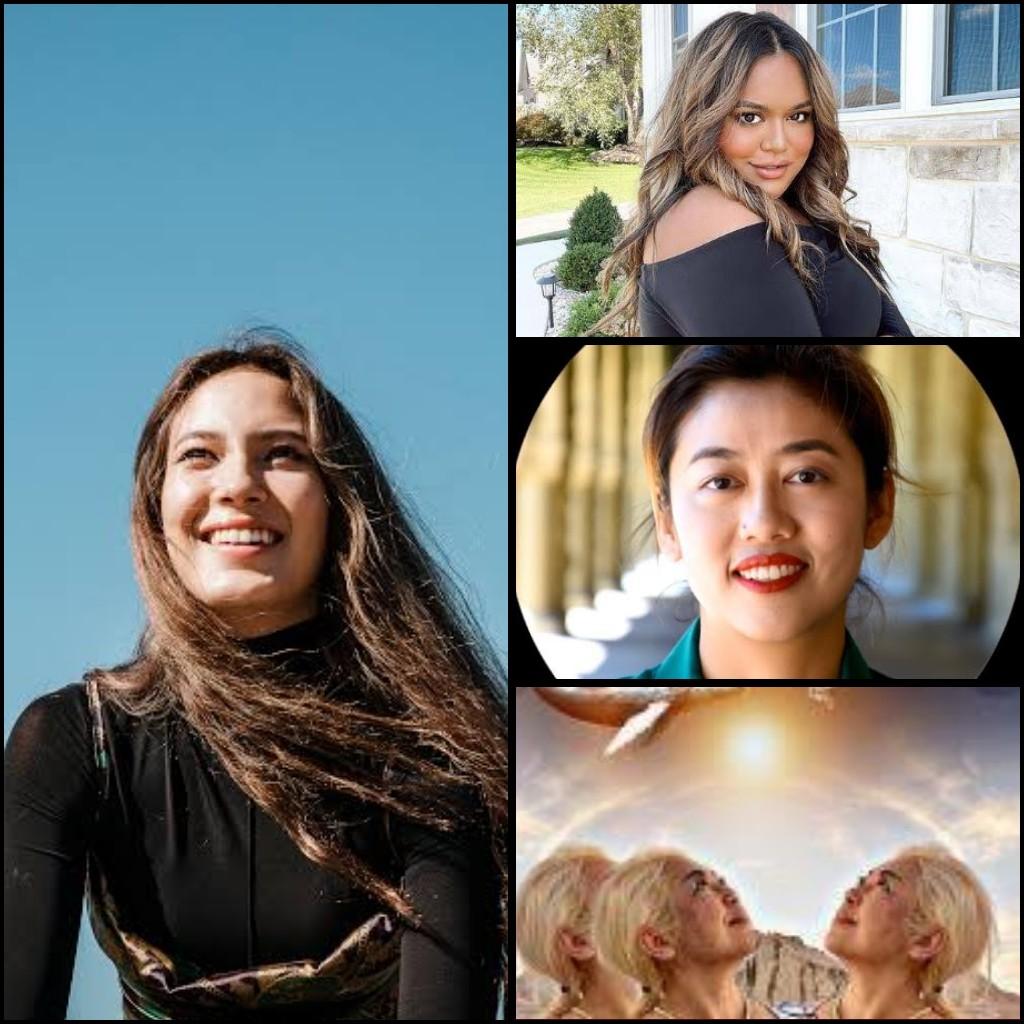 “It is a man’s world” is a saying that has almost been long forgotten, or shall we say, scratched off with the immense and parallel contribution of many women across the globe. Since the maiden celebration of the international women’s day; there’s been a lot of continuous contributions following the global demands and how it impacts on people and society at large.

Asian women have not been left out, in fact, they’ve strived for near-excellent in almost every fraction of society; contributing socially, ethically, economically and even politically. The sitting vice president of the United States, with roots of Africa and south Asia is at the apex, a brimming example of how far they’ve come.

In this publication, we’ll feature a couple of women who have left fantastic history on their paths and walks of life— in different fields, they’ve worn their hearts on their sleeves and achieved remarkable success that’s worth the recognition.

Dr. Chengdiao Fan has a Stanford PhD in Computational Anthropology which harnesses social computing to unlock human potential on a global scale. Perhaps, many think this type of degree is irrelevant to business. However, it is the core of economics, e-commerce, and social computing.

Being an expert in the study of human behavior in regard to human-computer interactions, and how that impacts societies is extremely vital to Pi’s success. She has published papers on designed software systems that improve productivity, and scalability on social communication platforms.

The social capital that people have acquired through social media platforms that exist today was unheard of even 20 years ago. This is a realm that very few understand on an economic level, that many are now only beginning to learn.

She has also helped build an email productive platform that had the ability to scale conversations by utilizing crowdsourcing to do so.

The internet created a world that was more connected digitally by the exchange of information across its network. As more and more people contributed to the information available, the internet became invaluable to practically everyone on the planet.

Block chain technology and cryptocurrencies offer the collaboration of value being exchanged. A concept still new to the majority of people out there. The potential that exists within this type of network goes beyond what anyone alone can imagine. The applications that will be created years after cryptography technology is massively accepted will change how we do business today. Value that hasn’t been captured or created on an individual, societal and global level will emerge across the entire Pi network worldwide.

This is what Dr. Chengdiao Fan is working towards building within The Pi Network. She is Bilingual. She can speak English and Chinese. She is a scientist, engineer, wife, and a mother to her 3-year-old child. She is the Chief Executive Officer of Myriadhub, Inc. It was incorporated on June 15, 2017. Established in Delaware for the best legal protection, then registered in California as a foreign corporation to operate within it.

Nabela is a first generation Bangladeshi-American designer, author and entrepreneur. Nabela utilizes her platforms to empower and inspire millions of people around the world to love the skin they’re in. Her work centers around her passion for representation and diversity with a commitment to promoting self-love through self-care.

With over 10 million followers across platforms and over 1 billion views, Nabela prioritizes purpose and change in all that she creates and encourages her followers to find the pockets of peace in every day.

Under the umbrella of Love and Noor (Arabic for ‘light’), Nabela focuses on creating content and brands that serve as a vehicle for social change, redefining beauty and fashion standards and advocating for marginalized communities. From YouTube to TikTok and everything in between, Nabela brings representation to the forefront of all that she creates with passion, enthusiasm and a persistent dedication to spreading tolerance, diversity, activism, and of course, Love & Noor.

It is extremely difficult to talk about photography within the last decade without the mention of Mizue Endo who originally didn’t set out to become a photographer, although had admiration to be.

Through immerse hard work and dedication, Endo forged herself into one of the most sought after photography for ceremonies, weddings, anniversary and even real-time photos for works of art.

She’s also a successful entrepreneur and artist; contributing largely to humanitarian and societal growth. Mizue is from a humble background and has done very well to show that she remembers her roots!

Mizue shared on her interview with NY based business magazine “I would like to play an active role in cheering up people around the world with my detoxification photos, which allow people who are feeling pinched, troubled, and hard to live in their lives to let out the emotions they have pushed inside through and through that process of encouragement for expressing their own feelings freely such crying, laughter, and anger, I would like to make people all over the world filled with joy and happiness.”

Also known by her Chinese name, Gu Ailing – was born in 2003 in San Francisco. Her father is American and her mother is Chinese.

Eileen started skiing when she was only three years old and became champion of the junior group of the USA Snowboard and Freeski Association at the age of nine, before entering the senior ranks when she was just 13.

She earned her first World Cup victory at the FIS Freeski World Cup Slopestyle in Seiser Alm, Italy, when she was 15 in January 2019. Then, on June 6 of the same year, she announced that she would be representing China competitively via her Instagram account. (Eileen had been competing for the US in international events since the 2017–18 season.)

Proving her dedication to the sport, Eileen set herself the goal of graduating after completing two years of high school in just one year. A feat she duly accomplished.

While still in high school, Eileen put down a real statement of intent at the 2020 Youth Games in Lausanne, Switzerland, taking Halfpipe gold and Slopestyle silver. Two months later Eileen once again demonstrated her huge potential, securing bronze in Big Air and claiming gold in both the Halfpipe and Slopestyle competition at the FIS Freestyle Skiing World Championship in Aspen.

Eileen deferred entry into Stanford University until the summer of 2022 in order to focus on the Winter Games in Beijing. That decision paid off big time, with gold medals in Freeski Halfpipe and Freeski Big Air and silver in Freeski Slopestyle.

Interview with a Celebrity Counsellor

The Forever Blessed Foundation partners up with George Pelgrim

All you need to know about cheese

How does Idaho mammography screening work?

How To Talk About End of Life Wishes With Ageing Parents

Atlanta car accident 101: All you need to know